The Channel Catfish's range extends from southern Canada into northern Mexico. They have been introduced throughout the U.S. to provide recreational fishing opportunities for anglers. The oldest reported age for a channel catfish is 24 years and the heaviest reported weight is 57.9lbs.

This fish is one of the top recreational fish species in the United States. The range of largemouth bass within North America extends from the St. Lawrence River, the Great Lakes, Hudson Bay, and into the Mississippi River basin. Adults feed on fish, crayfish, and frogs. 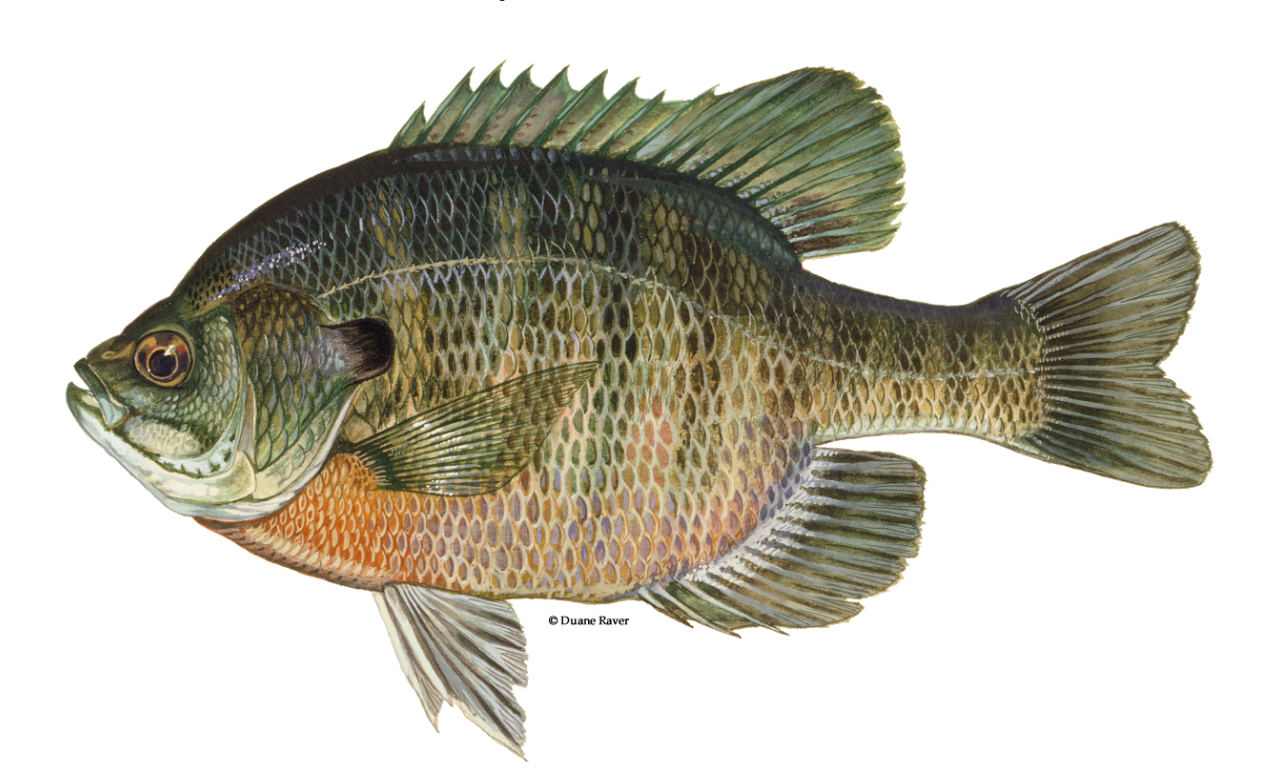 These fish are prolific breeders and normally spawn in late spring and early summer when water temperatures rise within the range of 70 to 75 degrees Fahrenheit. Their common length is 7.5 inches with the maximum reported length of 16in. Male bluegill will sweep or fan out dish-shaped nests. Once the nest has been established, male bluegill will aggressively defend their nests against any intruders.

Alligator Gar are voracious ambush predators that feed on other fish, turtles, waterfowl, and other birds or small mammals. The common length is 6 ft with the maximum reported length being 10ft. Alligator Gar is primarily a commercial species in the Southern U.S. along with other gar species.